SANTA CRUZ — The City of Santa Cruz welcomes all Downtown/Beach Area/Harvey West residents and business owners to City Hall to You community forum on Wednesday, June 1, 6:30-8:30 p.m. at the Museum of Art and History, 705 Front Street.  This is the second event in a quarterly series designed to increase community connectedness by providing opportunity for the public to interact with City leaders and staff on topics specific to their neighborhood. Spanish translators will be available as needed.

“The City Council was thrilled with community turnout and response at our first City Hall to YOU that focused on the Eastside last February,” said Vice Mayor Cynthia Chase. “We are using what we learned from constituents in our work at City Hall and look forward to input specific to Downtown, the Beach Area and Harvey West to be gleaned from next week’s event at the MAH.”

The June 1 event will begin and end with an open house featuring about 18 City booths. Midway through the program there will be a town hall session including presentations by Vice Mayor Cynthia Chase, City Manager Martín Bernal and Parks and Recreation Director Mauro Garcia, with a 30-minute question and answer period. Attendees will have further opportunity to dialogue with councilmembers and department heads, as well as planners, engineers and other City staff during the open house portions of the event.

Booth displays will include the Planning Department’s current and future hotel and motel projects, the residential project that will fill the former Bookshop Santa Cruz site and the small-ownership commercial project at 555 Pacific Avenue.

Summer activities and programs will be detailed at both the Library and Parks and Recreation tables. Public Works displays will include the upcoming Riverside Utility Undergrounding and Streetscape Project and Front-Pacific Historic Wall Repair Project plus new carpet and mattress recycling programs.

The City’s parking manager will provide tips on how to avoid getting a parking ticket downtown while specialists will answer questions on filing zoning and building complaints or inquiries, the residential rental inspection program and dealing with nuisance situations.

The Police Department table will include interactive neighborhood maps for citizens to point out specific safety concerns and issues. Community members will be able to sign up for emergency notification systems NIXLE and CodeRED.

Economic Development staff will demonstrate their newest online tool that helps a business through the startup process. They will also answer questions about the broadband proposal to build the first fiber-to-home gigabit network in the greater Silicon Valley region.

The Water Department booth will provide information on conservation programs the City offers such as rebates, lawn removal and water-saving devices.

City Hall to YOU focuses on City quadrants, one at a time. The series kicked-off with Eastside City Hall to YOU, which drew about 200 attendees. Subsequent City Hall to YOU forums are scheduled for the Westside/Upper Westside on Aug. 31 and Upper Eastside/Ocean Street on Dec. 7. Details are available at: www.cityofsantacruz.com/cityhalltoyou.

What: City Hall to YOU — a City of Santa Cruz community forum for Downtown/Beach Area/Harvey West residents and business owners to engage with City leaders and staff regarding their neighborhood concerns. 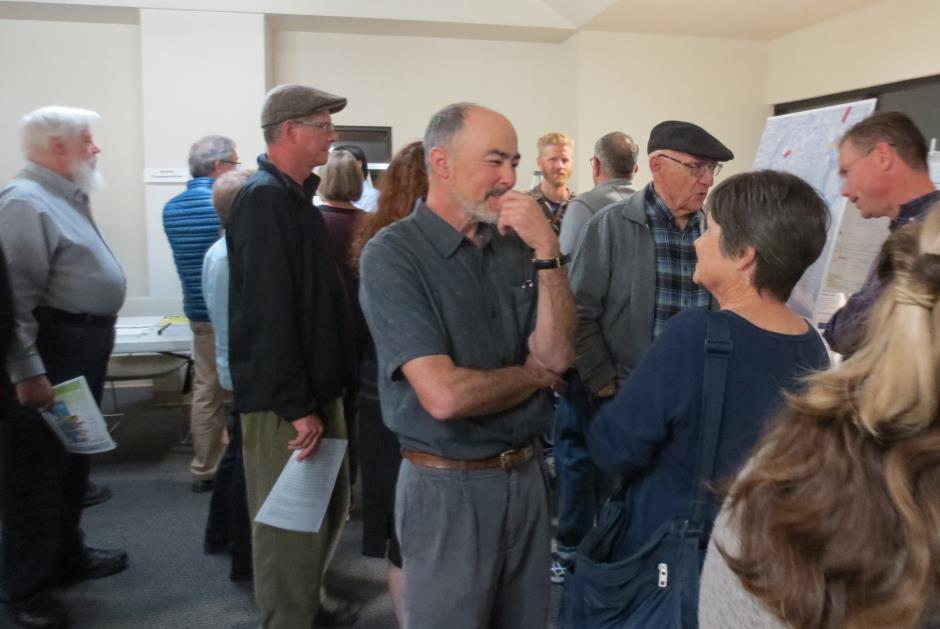 City residents at Eastside City Hall to YOU dialogued with engineers and other City staff and officials; Feb. 25, 2016. 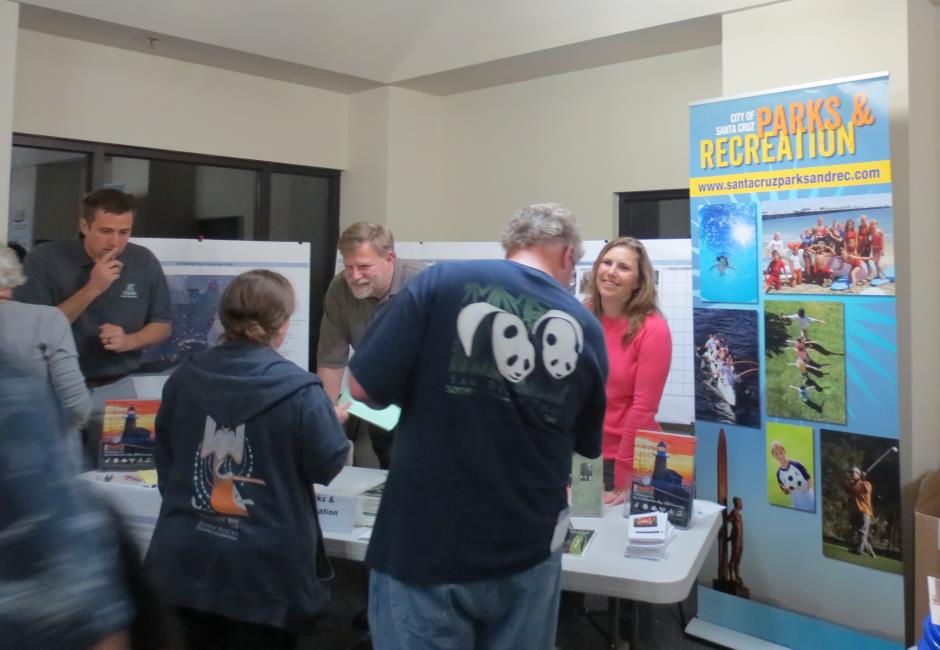 A dozen booths at Eastside City Hall to YOU included Parks and Recreation; Feb. 25, 2016.

About 200 residents and business owners attended Eastside City Hall to YOU; Feb. 25, 2016.