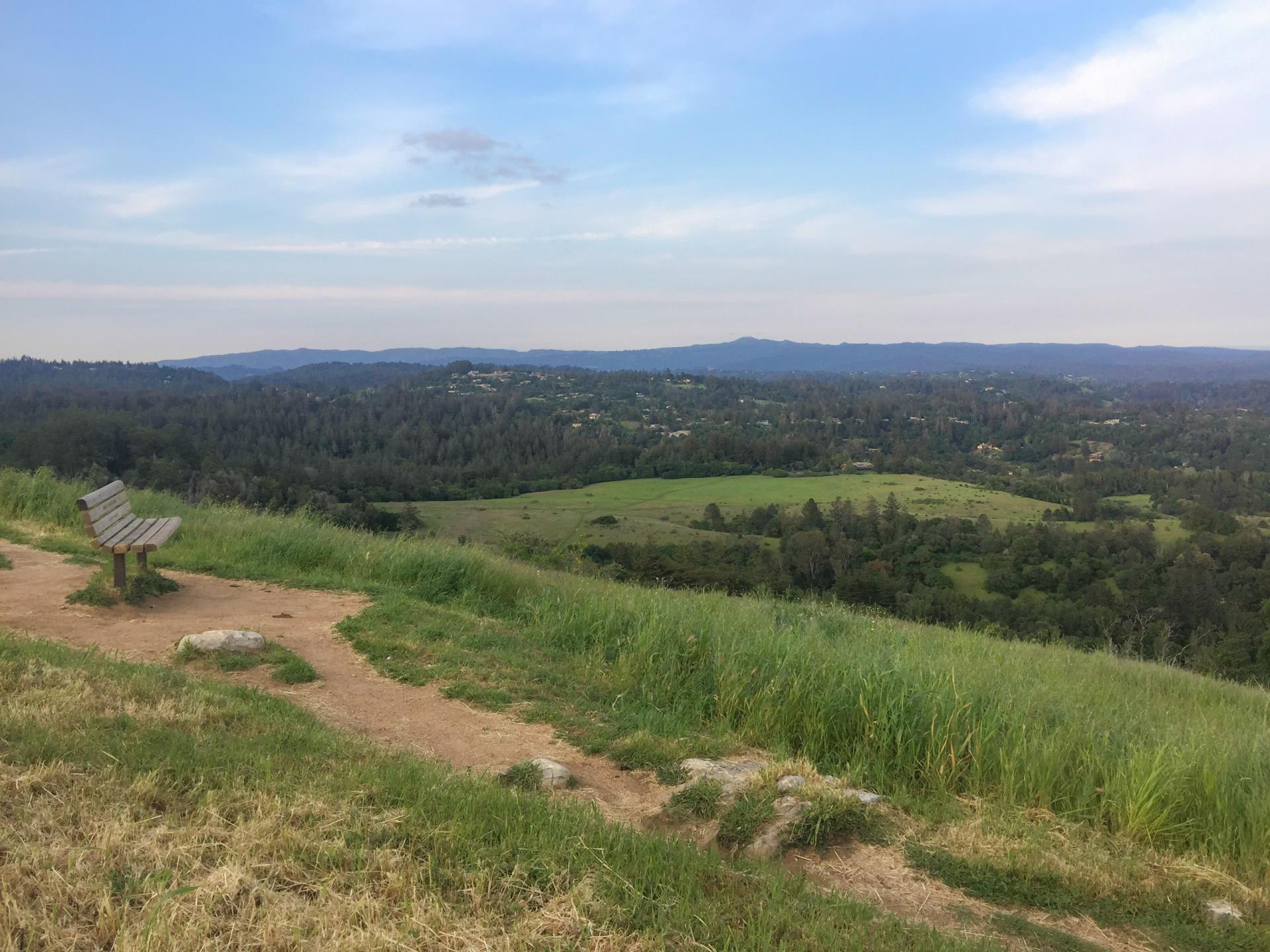 TRAILS: The Pogonip trail system totals approximately 11.5 miles; 3 of those mile are multi-use open to hikers, bicyclists and equestrians. In the northernmost portion of Pogonip, a multi-use trail (approximately one mile in length) is open hikers, bicyclists and equestrians. This multi-use trail provides a connection between Henry Cowell Redwoods State Park, Pogonip, and the upper UCSC campus. Along the eastern boundary of Pogonip is the Emma McCrary Trail open to hikers, bicyclists, dogs on leash and equestrians. This trail can be accesses from Golf Club Dr or at the southern terminus of the UCon Trail. Bicycles and horses are prohibited on all other trails. Bicyclists must ride responsibly and at a safe speed. Please obey all trail signs. Spring trail is not open to mountain biking.

Here is your Trail Map!

Development of the site will occur in phases. In December 2018, 4.5 acres of land will be cleared, planted with cover crops, and generally prepared for cultivation. Farming will begin in Fall 2019. Construction of the buildings and parking lot are not anticipated until 2020.

For more information, please email HGP at info@homelessgardenproject.org or Noah Downing, Parks and Recreation at ndowning@cityofsantacruz.com.

Pogonip Nature Loop Re-route: The "Pogonip Nature Loop," a pedestrian-only trail in Pogonip open space has been identified for re-routing due to deterioration of a steep portion of the trail. The new route which is approximately ¼ miles in length, was walked and flagged by City staff, a trails specialist and the City's biological consultant. There were no concerns noted and City staff has been provided with guidelines for decommissioning the old route as well as measures to avoid impacts of the surrounding areas. No trees will be removed during this process. The City plans to begin the trail brushing in mid-October. After the alignment has been bushed of poison oak and other minor vegetation, tread work will begin. Check the Parks and Recreation website for updated information on the project. The original trail alignment will remain open during the process.

DOG REGULATIONS: On trails where dogs are permitted, dogs must be on a leash at all times. Please be courteous and clean up after your pet. Dogs are prohibited on trails in sensitive habitat areas. Refer to the Pogonip trail map for more information. 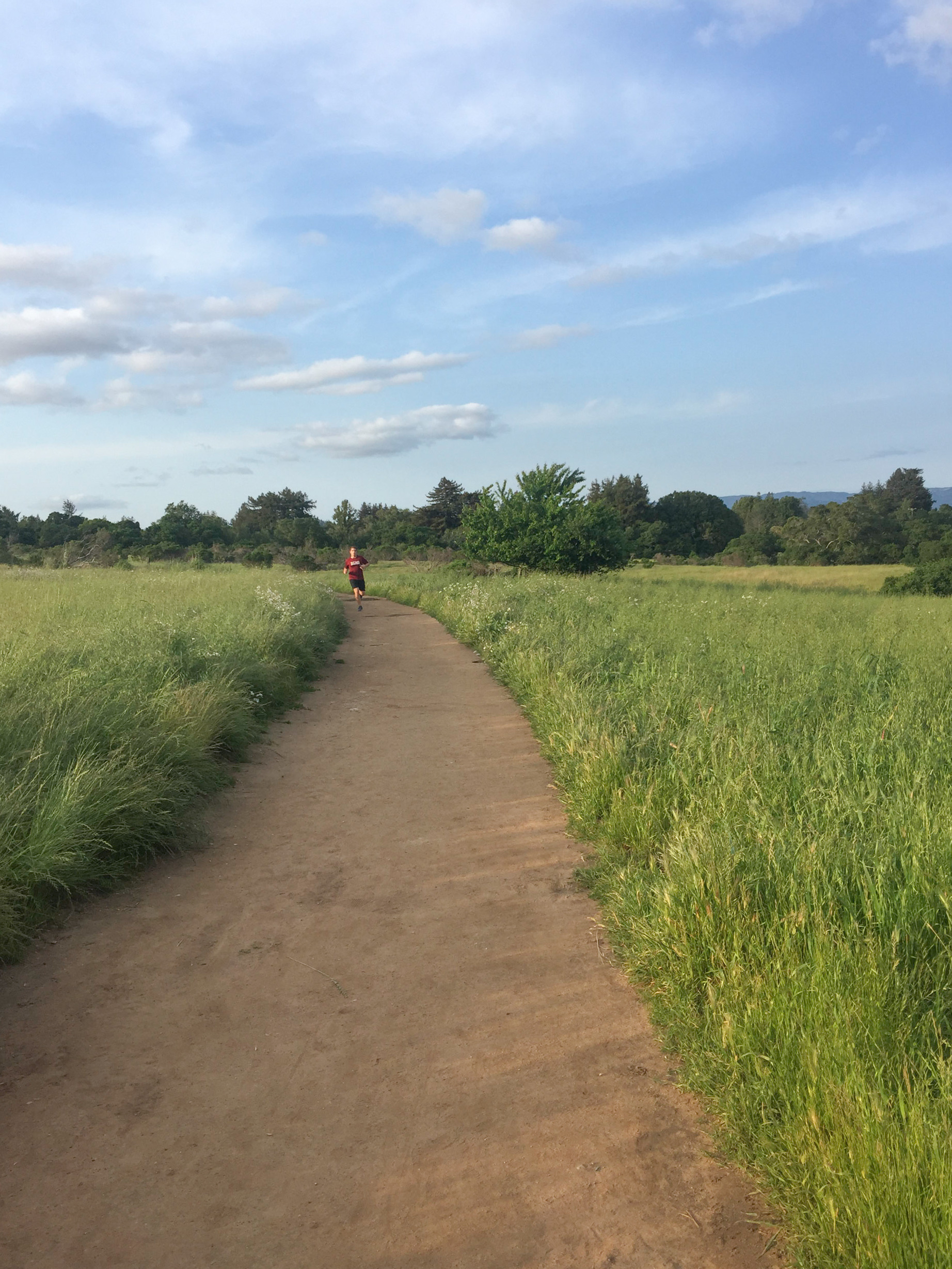 A scenic 640-acre expanse of open meadows, woodlands and creeks., A multi-use trail (approximately 1 mile) is open to bicyclists and equestrians in the northernmost portion of Pogonip. This multi-use trail provides a connection between Henry Cowell Redwoods State Park, Pogonip, and UC Santa Cruz campus lands. Bicycles and horses are prohibited on all other trails in Pogonip.

Pogonip has several walk-in entrances. There is no on-site parking. Visitors may park on Golf Club Drive just to the west of Highway 9 and walk to the main entrance gate. There is also parking in the vicinity of the Harvey West Park entrance to Pogonip. Parking is limited in the residential neighborhood adjacent to the Spring Street entrance.
Back to top

Cycles of Change
Pogonip is an inspiring retreat of natural beauty. Its habitat is of special value given its proximity to the urban center of Santa Cruz. Over the past 150 years much of the landscape has been altered by human influence; it is far from being a pristine remnant of untouched wilderness. But as a testament to the resilience of nature perhaps, Pogonip survives as an enchanting refuge. Today, the park is protected as one of the City's Greenbelt properties; purchased in 1988 with funding from the CALPAW State Bond Act.
Back to top

Though the days of bear and antelope are gone, wildlife still exists in abundance at Pogonip. In the grasslands and prairies, there are black-tailed jack rabbits, California ground squirrels, Botta's pocket gophers, California voles and black-tailed deer. The smaller mammals provide prey for raptors, coyote, fox and bobcat. Both forested areas and grasslands are used by many bat species. Mountains lions have also been reported in Pogonip, particularly in the northern areas and upper ridges.

Amphibians and reptiles are also numerous. The alligator lizard, western fence lizard and garter snake are commonly found in the grasslands while the redwood forests provide habitat for the Pacific giant salamander, California newt and the popular UCSC mascot, the banana slug.
Back to top

A Glimpse into the Past
In addition to natural history, Pogonip has a human history. Our Bay and Coast region was home to Ohlone triblets for 5,000 years before the arrival of Europeans. Few survived beyond the era of the founding of the Santa Cruz Mission in 1791 and its control by Mexico in the early 1800s. Their dramatic decline is believed to have been hastened by several epidemics and persecution from immigrants. It is likely Native Americans relied upon the resources found within Pogonip but no prehistoric sites have been identified.

Although the park is sometimes perceived by visitors as undisturbed, logging production in the mid-1800s resulted in the massive loss of old growth redwoods. Only three virgin redwoods remain in Pogonip today.

In addition to lumber, redwood logs were used to fuel kilns in the conversion of limestone to lime, an ingredient in mortar and plaster. Segments of Rincon Trail and Spring Trail are believed to have been originally constructed as part of the road connecting the timber areas, limestone quarries, and limekilns. The limestone kilns are still intact and the roadbed is visible at several locations.

Pogonip was once part of the extensive Cowell Ranch, originally purchased for its lime and timber resources. Portions of the ranch were converted to livestock operations as the lumber was depleted and demand for lime declined by the turn of the century. In 1961, the western portion of the ranch was sold to the University of California and the remaining acreage eventually became known as Pogonip.

Time brought change to Pogonip. After the construction of the landmark clubhouse and the greens, the Casa del Rey Club and Golf Links was opened in 1912. When competition from other courses led to the closure of the course by the 1930s, the area was then transformed into popular polo fields. The Pogonip Social and Polo Club soon became internationally known, visited by movie stars and world caliber polo players. The Polo Club was especially noteworthy due to Dorothy Deming Wheeler and the winning women's polo team. Dorothy Wheeler ensured the polo club was not restricted to men, and Santa Cruz became one of the few areas where coed games were accepted.

World War II brought an end to polo at Pogonip and for a short time the facilities served as a rehabilitation site for service men. The Pogonip Club reopened in 1948 as a private social organization. Today, the clubhouse is structurally unsafe and closed to the public.
Back to top