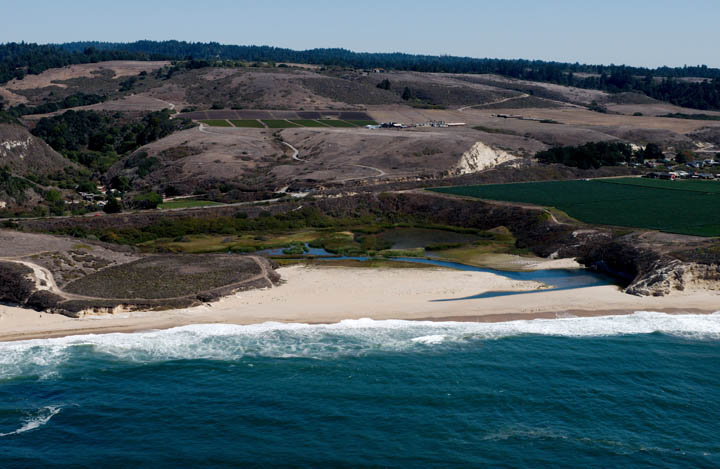 Laguna Creek drains from near Pine Flat Road in Bonny Doon before flowing into the Pacific Ocean near Sandlhill Bluff in a watershed of 7.79 square miles located on the western slopes of the Santa Cruz Mountains. The watershed ranges in elevation from sea level to 2,440 feet above mean sea level. It is underlain primarily by mid- to late - Tertiary sedimentary rocks with the exception of granitic, metasedimentary rocks and marble located in the upper reaches of the watershed, upstream of Smith Grade Road. PELA (2005) has documented hydrologic connectivity between both Laguna and Reggiardo (tributary to Laguna Creek) Creeks and the Liddell Creek watershed via karst features formed in the local marble. Downstream of Smith Grade Road, Laguna Creek and its tributaries flow through the Lompico, Monterey, Santa Margarita and Santa Cruz formations, characterized in general terms as alternating sandstones and mudstones, locally mantled by more permeable, unconsolidated, marine-terrace deposits. Vegetation varies with elevation, aspect and soil type, but is primarily redwood and mixed deciduous forest, with substantial areas of grassland, xeric sandy-soil chaparral, and cultivated lands. Mean annual precipitation in the watershed is largely dependent upon elevation and ranges between 30 and 44 inches (Rantz, 1971). About 85 percent of the total annual rainfall typically occurs during the wet season or the months of November, December, January, February, and March. Foggy days are common throughout the year, and can contribute a measurable component from fog drip to the total precipitation figures noted above. Land use within the Laguna Creek watershed is primarily rural residential and rangeland with large portions of public lands managed by California State Parks, the California Department of Fish & Wildlife (Bonny Doon Ecological Preserve), Bureau of Land Management and the City of Santa Cruz. Timber harvests currently rarely occur in the watershed, but there are small areas of agricultural use. The Laguna watershed is characterized by a both great terrestrial and aquatic biodiversity.  In particular, Coho salmon have been found to be reproducing successfully in Laguna Creek in recent years.  The lagoon provides important habitat for Tidewater goby, California red-legged frog, Western Pond Turtle and other aquatic species. American badgers have been found in upland areas while the sandhill areas of the watershed are characterized by the presence of Ben Lomond spineflower, Mount Hermon June beetle and other sandhill obligates. Snowy plover nesting also occurs at the mouth of Laguna Creek. Laguna Creek is named for the large coastal estuary (aka "lagoon") at its mouth. 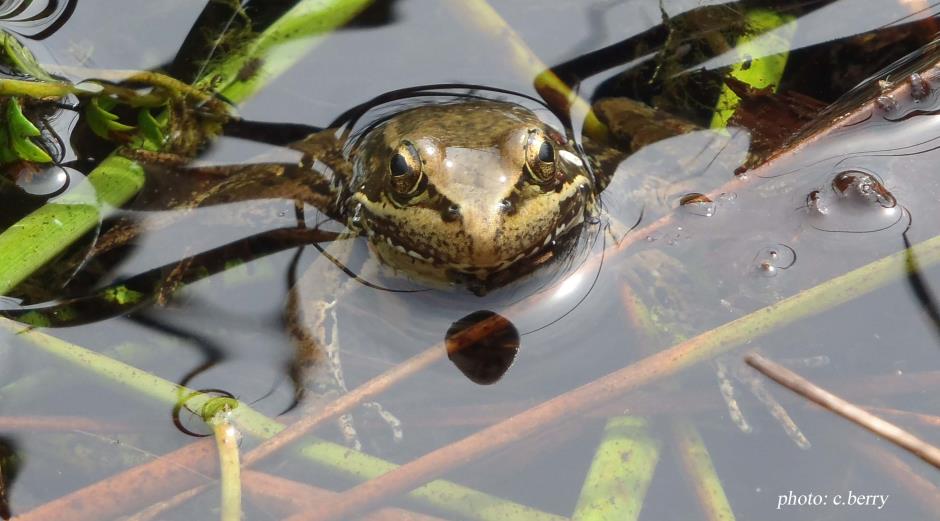