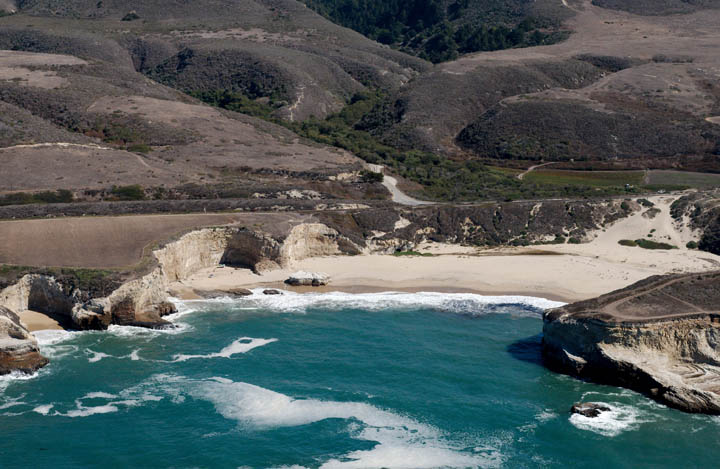 Liddell Creek drains from Ben Lomond Mountain near the Bonny Doon Quarry into the Pacific Ocean at Bonny Doon Beach in a watershed area of approximately 6.24 square miles. The watershed ranges in elevation from sea level to nearly 1,800 feet above mean sea level at its headwaters along Empire Grade. The approximate length of perennial stream channel in the watershed is 5.8 miles (including the west branch). The watershed is unusual in that it does not support a lagoon at its mouth, although it is unclear if a lagoon existed before the railroad trestle creek realignment project that happened in the early 1900’s. Lagoons are typical of many central coast streams along San Mateo and Santa Cruz Coastline (e.g., Waddell, San Gregorio Creek, Scott Creek, etc.) and typically support over-summering of steelhead trout. Watershed geology is quite varied from the headwaters to near the coast. Much of the upper watershed consists of a well-developed karst terrane, which can greatly reduce surface runoff (PELA 2005). Recent studies conducted by Cemex have shown hydrologic connectivity between the sinkhole plain on Reggiardo Creek, as well as upper Laguna Creek, to Liddell Spring (PELA 2005). Basement rocks are surficially exposed in the headwaters and locally consist of Cretaceous-aged quartz diorite and gneissic granodiorite and Mesozoic- or Paleozoic-aged marble and schist (PELA 2005). North of Liddell Spring, Santa Margarita sandstone of late Miocene age “blankets” the basement rocks reaching thicknesses of up to 140 feet in the vicinity of Bonny Doon Quarry (Ackers and others 1977). Southwest of the Spring extending down to the Pacific Ocean (roughly 2.5 miles), the watershed is underlain primarily by the Santa Cruz mudstone (also of late Miocene age). Much of the northeastern portion of the watershed is underlain by marble, which tends to sustain baseflow in the creek. Mean annual precipitation is largely dependent upon elevation and ranges from 26 and 32 inches (Rantz 1971). About 85 percent of the total annual rainfall typically occurs during the wet season or the months of November, December, January, February, and March. Foggy days are common throughout the year and can contribute a measurable component to the total precipitation from fog drip. This precipitation regime, along with elevation, aspect and soil type, supports a various vegetation types, primarily consisting of redwood and mixed deciduous forest. Present land uses within the Liddell Creek basin vary and include small-scale vineyard operations and timber harvesting, limestone mining for cement, as well as rural residential uses. Liddell Creek is named after George Liddell who established a sawmill on the creek in 1851. Liddell was an English civil engineer and contractor who migrated to California in 1850 (Clark 1986). 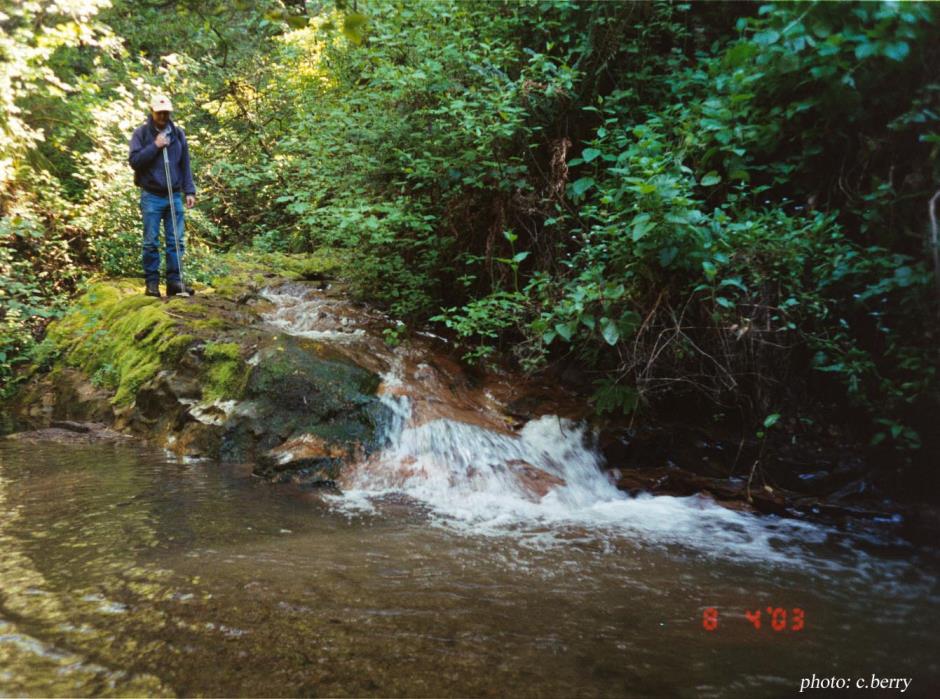