Majors Creek drains from near Empire Grade to the Pacific Ocean at Red, White and Blue Beach in a watershed of approximately 4.7 square miles located on the western slopes of the Santa Cruz Mountains. The watershed ranges in elevation from sea level to 1,835 feet above mean sea level. The northern portions of the watershed are underlain primarily by granitic and metamorphic rocks; downstream from Smith Grade, southwest-dipping mid- to late-Tertiary sedimentary rocks underlie most of the watershed, including a relatively unique outcrop of Zayante Sandstone in the middle of the watershed, just above the City of Santa Cruz water diversion. Vegetation varies with elevation, aspect and soil type, but is primarily redwood and mixed deciduous forest, with substantial areas of grassland, xeric sandy-soil chaparral, and cultivated lands. Mean annual precipitation is largely dependent upon elevation and ranges from 26 and 42 inches (Rantz, 1971). About 85 percent of the total annual rainfall typically occurs during the wet season or the months of November through March. Foggy days are common throughout the year and can contribute a measurable component to the total precipitation from fog drip. Present land uses within the Majors Creek watershed include those dedicated to open-space as well as vineyards, rangeland and rural residential uses, with portions of public lands managed by California Department of Parks and Recreation at Wilder Ranch State Park. A number of areas within the watershed were intermittently quarried for bitumen during the late 1890s through 1941. Two former quarries in the lower watershed are now used as irrigation ponds. Majors Creek is named after one of Joseph Majors' family members who ranched in the area on the former Enright estate starting in 1897.  Joseph Majors migrated to California in 1834 from Tennessee (possibly with Isaac Graham).The creek was also formerly known as Coja Creek or Eagle Glen (Clark 1986). 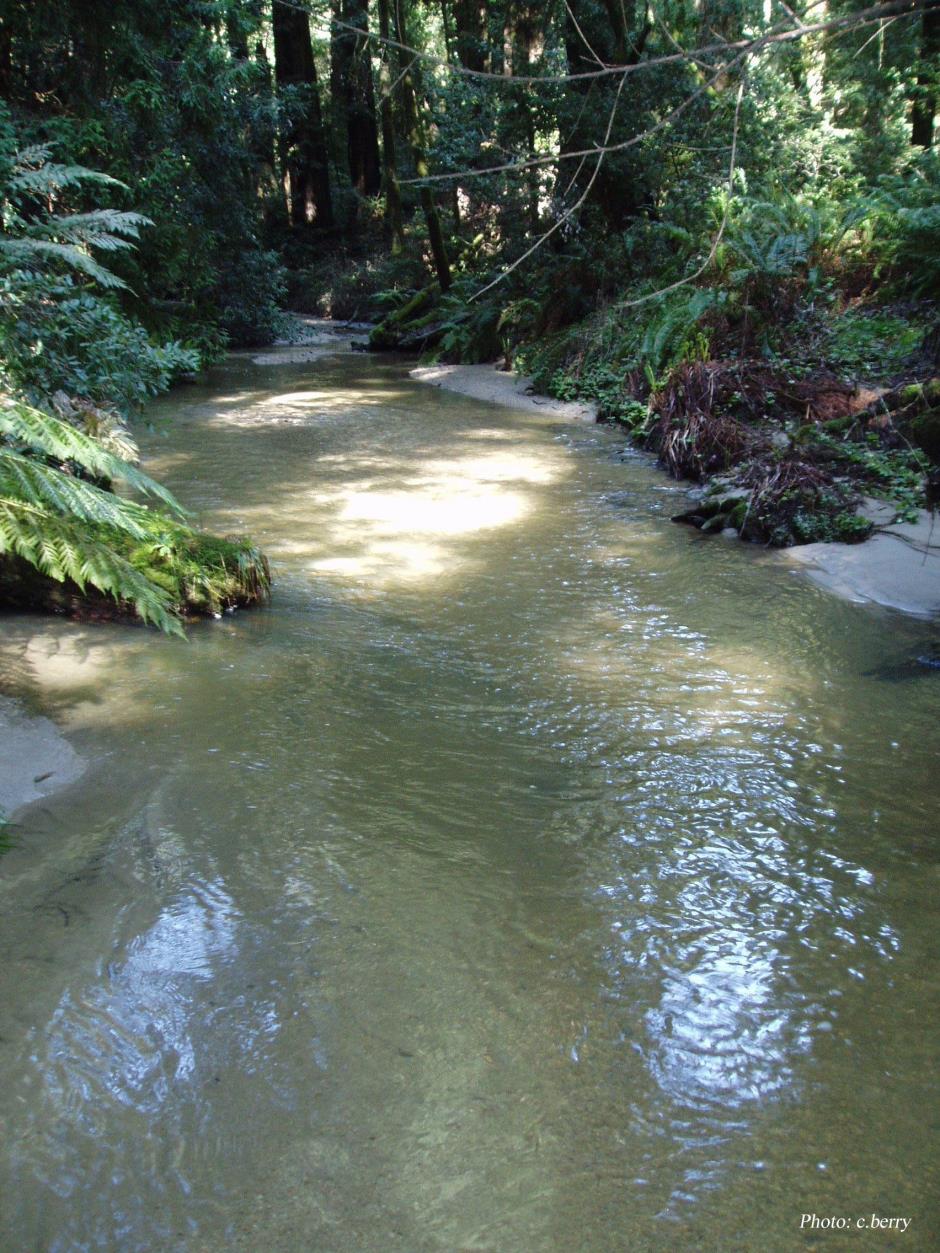 Majors Creek is very sandy due to its geology and history of land use.