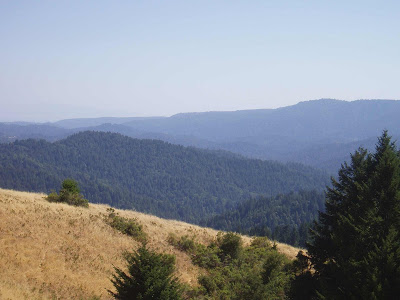 The San Lorenzo River watershed is a 138 square mile area located along the Central Coast of California and drains from the Castle Rock area of Summit to the north, Ben Lomond Mountain on the west and the Branciforte area on the eastside down to the Pacific Ocean at the north end of Monterey Bay by the Santa Cruz Beach Boardwalk. Notable tributaries of the river include Kings, Boulder, Bear, Bean, Fall, Newell, Zayante and Branciforte Creeks. Geology of the watershed is varied with sedimentary formations dominating on the east side of the watershed and metamorphic dominating the west side (including karst formations similar to those found in the Laguna and Liddell watersheds in Bonny Doon). As of 2001, the watershed was the home to some 41,000 people, with 17,174 developed parcels (not including areas within the City of Santa Cruz). Approximately 3,150 of the developed parcels are located within the City of Scotts Valley. The large remainder of the watershed is unincorporated under county jurisdiction and includes the communities of Felton, Mt. Hermon, Ben Lomond, Brookdale, Boulder Creek, Lompico, and Zayante. All residents of the watershed derive their water supply from surface and groundwater in the watershed. The river directly provides the majority of water supply for the approximately 95,000 customers served by the City of Santa Cruz. The San Lorenzo River historically supported the largest salmon and steelhead fishery south of San Francisco Bay; the fourth largest steelhead fishery in the state. However, coho salmon and steelhead are now listed as endangered and threatened, respectively. Historically the watershed has been used for timber harvesting, and quarrying, both of which uses continue at a diminished level today. Agriculture is limited, consisting of scattered small Christmas tree farms, orchards, nurseries, and vineyards.The tourist industry has been and continues to be important, with three state parks, scattered summer homes, and motels. Summer homes were the dominant residential use in the watershed until the 1950's. After that time, summer homes were converted to year round use and the watershed experienced a high rate of residential development, peaking at some 3,300 new units built in the 1970's. With the exception of the City of Scotts Valley, and some small sewered communities, more than 13,000 properties are served by individual onsite sewage disposal systems. The rapid rates of development, and conversion of second homes to year round use lead to extensive degradation of the river from failing septic systems, urban runoff, excessive erosion and sedimentation, and reduced streamflow from water extraction. Since the 1970's, considerable efforts have been undertaken to address these issues through the development and implementation of numerous planning efforts. While many of these efforts have made substantial steps toward addressing the problems, the San Lorenzo River continues to be listed by the federal and state government as impaired by several pollutants. Steelhead population levels continue to be depleted and coho salmon are locally extirpated - though current recovery efforts are focused on improving their habitat conditions in the Watershed (adapted from Ricker 2001). The San Lorenzo River was named after St. Lawrence by Fray Juan Crespi - a member of the Portola expedition - in 1769.  Crespi usually named places for saints whose feast day was near or on the day the Portola party camped at the named site.  Though the party camped on the San Lorenzo months after St. Lawrence's feast day, they were so impressed by the beauty and abundance of natural resources in the area that they named the river after one of the more important saints (Clark 1986). 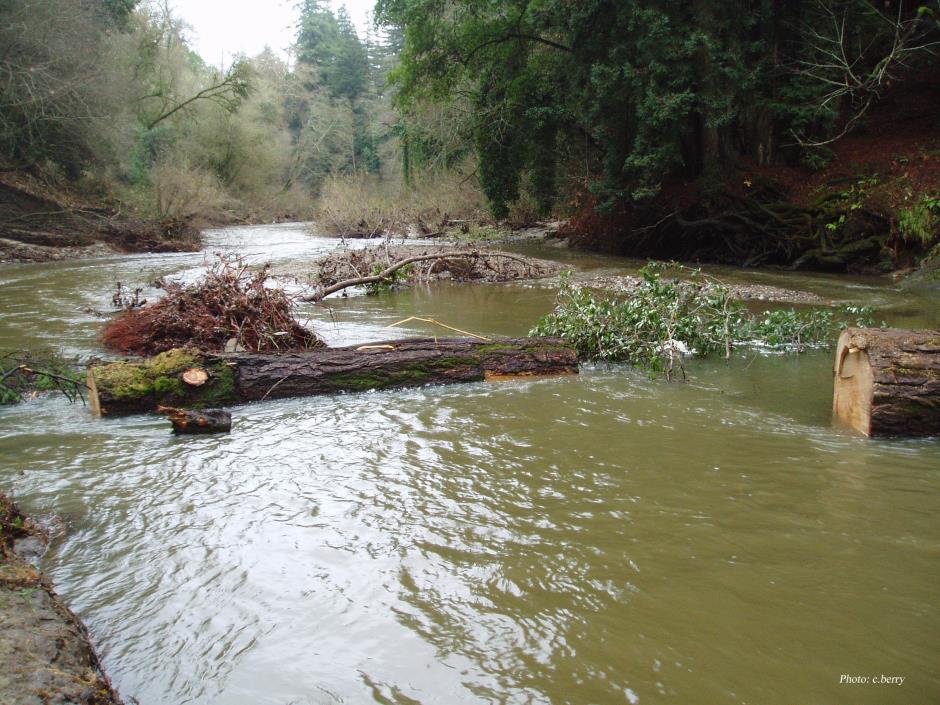 Removal of instream wood is extremely detrimental to anadromous fish populations in the San Lorenzo watershed.